What is SWIFT banking system? 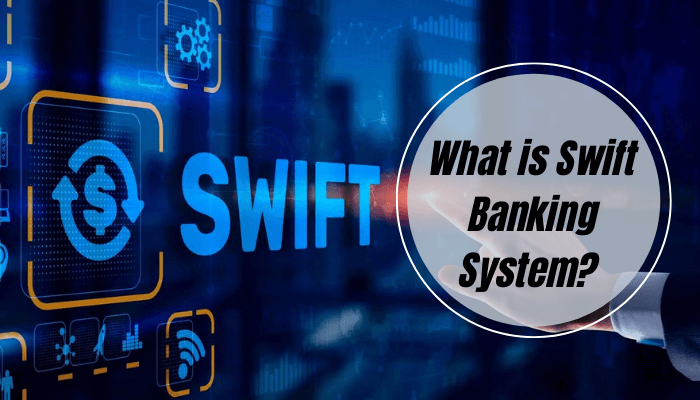 SWIFT banking system is an organization whose work is to facilitate worldwide interbank financial communications. The word SWIFT stands for The Society for Worldwide Interbank Financial Telecommunications.

The main objective of this banking system is to provide services that are related to the execution of financial transactions and payments between banks worldwide.

SWIFT is legally a Belgian cooperative society. It serves as a medium for the main messaging network through which all the international payments are initiated.

It was founded on 3rd May 1973  in Brussels under the leadership of Carl Reuterskiold. It was supported by 239 in 15 countries. Its headquarters are in La Hulpe, Belgium.

Before the establishment of the SWIFT banking system, all the International financial transactions are able to communicate with the help of Telex. Telex is a kind of public system which involves reading and writing messages.

What is Swift in Banking?

SWIFT was designed to become a helping hand for banks to make their communication faster, secure, and more effective in its original form.

With the help of the SWIFT payment system, individuals and companies are able to accept and send international money through an electronic or credit card payment system.

SWIFT is a kind of network also which is a secure place for financial messaging. In the swift system, banks have a code number which is made up of 8 to 10 characters, which helps in the identification process.

Who controls the SWIFT system?

The SWIFT banking system is supervised by the central banks of G-10 countries and as well as the European Central Bank with the National Bank of Belgium as the lead supervisor.

What countries are in SWIFT?

SWIFT is overseen by G-10 countries

In the SWIFT Banking System payments are done with the help of a Network. Every bank gets an eight or eleven-digit long code assigned by SWIFT which is known as the Bank Identifier. It is quite similar to the IFSC code which is used for domestic interbank transfers.

There are many advantages of Swift in the banking system.

The SWIFT GPI is targeting to form a cross-border system that is frictionless through a set of digital tools and business rules. It is also creating solutions for both corporates and individuals as it is focusing on different kinds of problems at the same time.

The SWIFT banking system is one of the highly trusted among financial institutions.