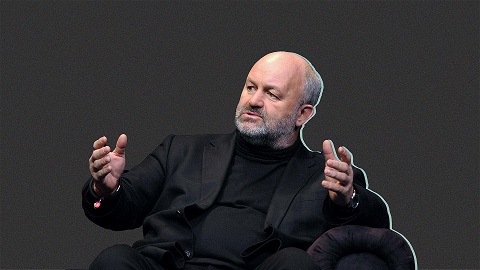 Amazon CTO Werner Vogels Explains Why the Cloud Is About to Get Faster AWS is expanding its physical infrastructure, which will mean lightning-fast speeds for businesses.

Moving data to and from the cloud is about to get incrementally faster.

Amazon chief technology officer Werner Vogels announced on Thursday that AWS is expanding its number of physical data centers around the world in order to speed up data transfer for users. The announcement came during Vogels's keynote at AWS reinvent, a conference for business owners and other technical decision-makers hosted by Amazon Web Services in Las Vegas.

Vogels revealed that the company is launching 30 new infrastructure deployments, which it refers to as Local Zones. These new centers include locations in Argentina, Australia, Brazil, Canada, Finland, Germany, Greece, Kenya, the Philippines, Poland, and Portugal. A full list of the current and new zones can be found here.

Even in the age of 5G and high-speed broadband, latency is common. A few milliseconds can be critical for companies that rely on lightning-fast response times, whether it's for operating medical equipment or exchanging up-to-the-second financial data. Vogels pointed out that Amazon's Alexa only became a viable product in 2013, when latencies were reduced to acceptable levels.

"If you don't get a response back from Alexa within a second, it doesn't feel like a natural conversation," he said.

The energetic Vogels took the stage after an intro video that featured him driving through the desert in a convertible with the top-down Fear and Loathing in Las Vegas-style. Addressing the crowd wearing a black T-shirt adorned with the name of the British punk rock band the Stranglers, Vogels frequently referenced how far technology has come since AWS first launched in 2006, with just a single data center in Northern Virginia.

"You can imagine that if your customers were in Japan or India or South Africa, latency to North Virginia was significant," Vogels said. From there, AWS expanded by launching centers in Ireland, Singapore, and Northern California to reduce latency for customers around the world.

When the new data centers come online in 2022, AWS will have more than 300 of its Local Zones around the world, including more than a dozen in the U.S.

Vogels unveiled a handful of new AWS products and features during the keynote, including artificial intelligence tools that make it easier for retail and entertainment companies to personalize their websites.

He also announced a new partnership with Pfizer through which the pharmaceutical giant will use AWS's cloud and machine learning capabilities to help develop drugs and medicines.