10 Most Influential Leaders to watch in 2022 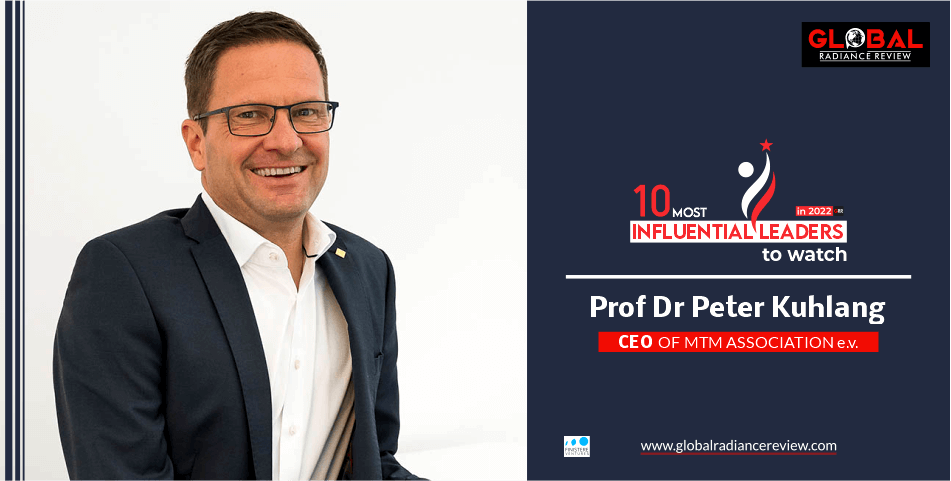 As businesses are evolving, various enterprise applications are witnessing significant growth with an aim to accomplish optimized enterprise workflows at lower operational costs with a higher return on investments (ROI). In turn, the complete information cycle of businesses from various industry verticals is being seamlessly automated by leveraging enterprise-wide applications.

A strong catalyst in this journey of transformation is SAP solutions. Presently, businesses are realizing the potentials of investments in SAP solutions. Its advantages include improved productivity, better efficiency, scalability, integrated information, significant cost savings, streamlined business processes, mobility, reporting, regulatory compliance, and data security. As a result the demand for solution providers like MTM ASSOCIATION e. V. has increased.

MTM ASSOCIATION e. V. was founded in 1962 as Deutsche MTM-Vereinigung e. V. It is one of the leading industrial engineering associations with more than 240 member companies. With consulting services and software solutions of Deutsche MTM-Gesellschaft mbH, the certified training courses of MTM Academy, and the research and development work at MTM Institute, MTM ASSOCIATION e. V. has a unique position in the market.

MTM ASSOCIATION is a non-profit organization with a statutory mission to disseminate the process language MTM (Methods-Time Measurement), the internationally recognized method standard for describing, evaluating, and designing human work. Its business unit ‘Digital Solutions’ of the Deutsche MTM-Gesellschaft mbH, software solutions for the application of the MTM process language has been developed for almost 40 years. The TiCon software is available as a platform for Windows, SAP, and Siemens Teamcenter.

The MTM method was developed in the USA in the mid-1940s. MTM ASSOCIATION e. V. is the largest national association in One-MTM international partner network and has set itself on the task of establishing and further developing MTM as a global standard for workforce scheduling.

Methods of time determination can be used at workstations to solve complex scheduling issues like assembly line balancing or work measurement while producing the highest output with the lowest possible load for workers. With MTM, companies have an instrument that determines the time, alongside, uncovering a potential improvement at the same time. However, the most important unique selling proposition (USP) for MTM is that it makes the success of lean measures measurable in the first place. MTM Association e. V. is providing unique solutions that provide agile actions through MTM implementation. As a result, the organization has become an enabler of MTM applications.

Presently, the MTM ASSOCIATION e. V. is under the supervision of the Chief Executive Officer, Prof. Dr. Peter Kuhlang. He studied industrial engineering with a specialization in the study of mechanical engineering. Later, Prof. Kuhlang worked as a project engineer and project manager at Deutsche MTM-Gesellschaft mbH. Further, he received his doctorate from Vienna University of Technology in 1999 and habilitated in June 2013 in the field of Industrial Engineering.

In 2014, Prof. Kuhlang took over the management of MTM Institute in Zeuthen near Berlin. Since January 2021, he has been leading MTM ASSOCIATION e. V. and Deutsche MTM-Gesellschaft mbH as a CEO and Managing Director, respectively. Additionally, he is also responsible for leading all the company partners within the One-MTM international network.

“Being involved in the dissemination and further development of a method standard developed by the pioneers of motion study and first applied by Henry Ford was particularly appealing to me, as a scientist and engineer,” revealed Prof. Kuhlang.

The corporate culture at MTM ASSOCIATION e. V. is characterized by appreciation, innovative spirit, willingness to perform, and the will to learn continuously. These unique attributes also helped the organization during the period of the COVID-19 pandemic.

A good example of the innovative spirit within MTM ASSOCIATION e.V. is its short-term development of the online MTM training program. MTM Institute and MTM Academy teams laid the foundation with e-learning—now also for MTM-UAS®, the most in-demand MTM training worldwide. In the meantime, the entire training is available completely digitally as webinars.

MTM Association has been named Innovator 2020 for its new product MTM-Easy. Being the first cloud-based software solution for calculating production times based on MTM, MTM-Easy was nominated for the largest public award in German business, the “Innovator of the Year”. Every year, the network “DIE DEUTSCHE WIRTSCHAFT” (DDW) honors with this award players who contribute to mastering change in the economy and society and, in particular to securing the competitiveness of small and medium sized enterprises, the backbone of the German economy. A total of 80,000 owners, CEOs, and managers in Germany voted for this award.

In the middle of the pandemic, Deutsche MTM-Gesellschaft mbH also launched the new webshop for MTM-Easy, the first cloud-based software for determining assembly times. Users identify potential savings of up to 50 percent by using the software.

“The willingness to leave well-trodden paths and face new challenges underlines the agility of the MTM ASSOCIATION,” says Prof. Kuhlang.

Today, anything can be simulated in the digital world–from building data to construction and from product data to compressed air connections at workstations. However, it still lacks objective i.e. the digital interpretation of human movements from a temporal and ergonomic perspective. MTM is the only process language that can be used to perform such tasks.

MTM can digitize the design and planning of human work. The reliable time data, collected with MTM, is the key element for digital planning. This is the vision that will determine the MTM ASSOCIATION e.V.’s work in the future.

MTM ASSOCIATION e. V. aims to establish MTM as a global standard–as a language that everyone involved in work planning understands. In order to encourage such adoptions, the company will leverage the opportunities offered by digitization, innovate its MTM-based offerings, and make MTM more reliable.

Presently, the organization will also target small and medium-sized enterprises, create strong international partnerships and also direct its approach towards attracting the global leading companies for funding and development of industry associations.

On October 20 and 21, 2021, MTM Association has arranged the MTM Summit 2021. 45 speakers from 10 nations will participate in the summit which will be held in Hamburg, Germany, as well as online.

“I expect the economic recovery to continue in the coming years—as customers are investing in new projects and relying on our expertise in training, consulting, and software to do so,” mentioned Prof. Kuhlang. 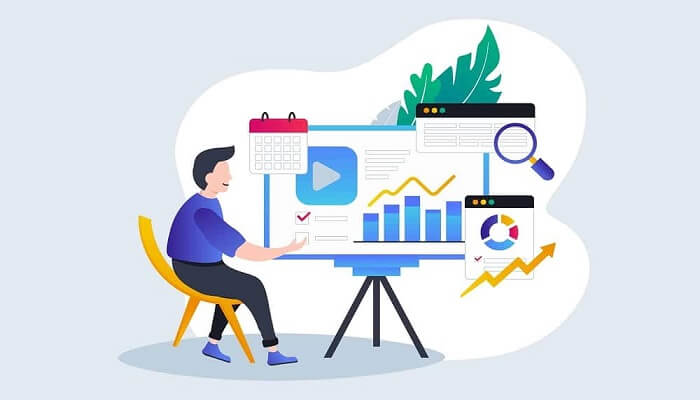 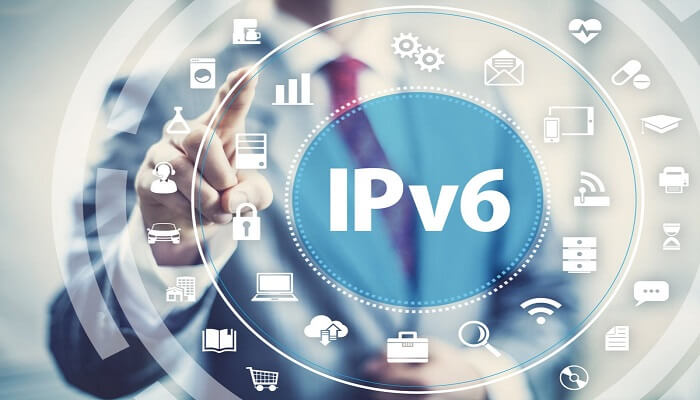 5G effect on airlines that leads to flight cancellations! What does that mean for travelers? 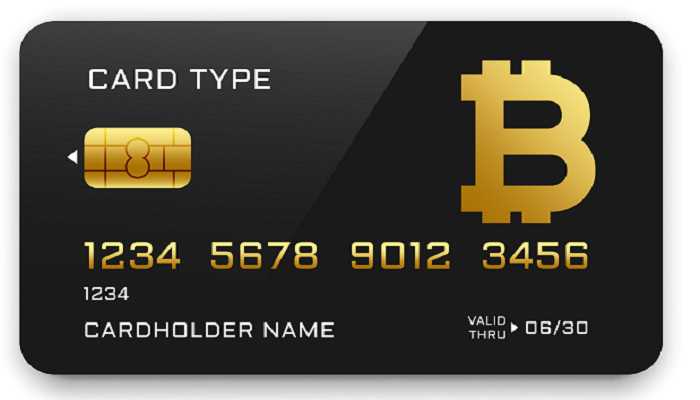 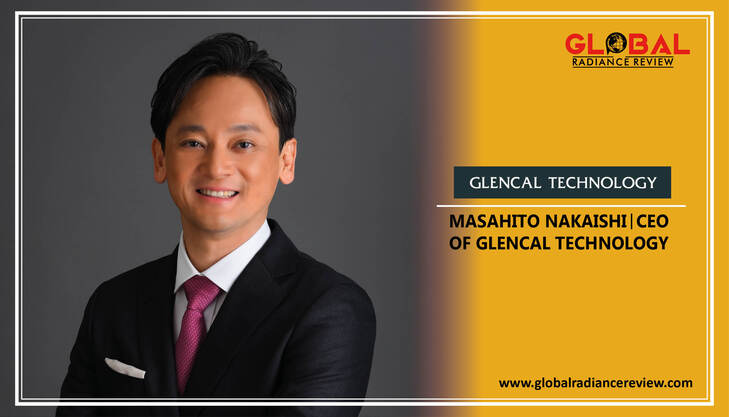 Throne Biotechnologies Inc. | This company is changing people’s lives by doing the treatment of severe diseases. 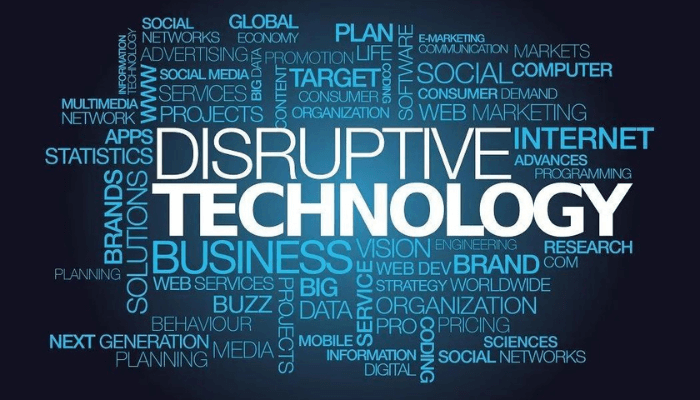 What is the best example of disruptive mobile technology?

A  type of technology that completely displaces an established technology and creates a new market and disrupts the existing market and value network is known as Disruptive technology. This t... 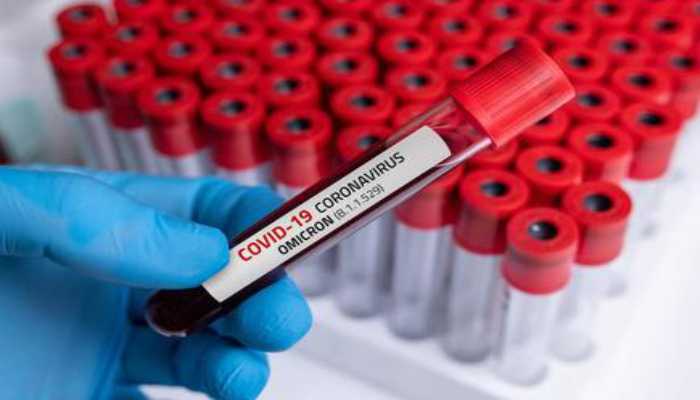 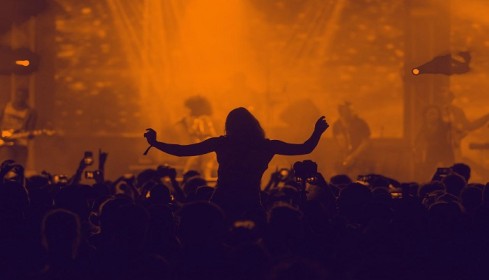 Adele has announced that she will perform at three residencies and two concerts in Las Vegas this year. The singer will play the Coliseum at Caesars Palace on July 27 and 28, followed by a show at The...