Chobani has filed for an initial public offering (IPO) as its yoghurt sales have increased. 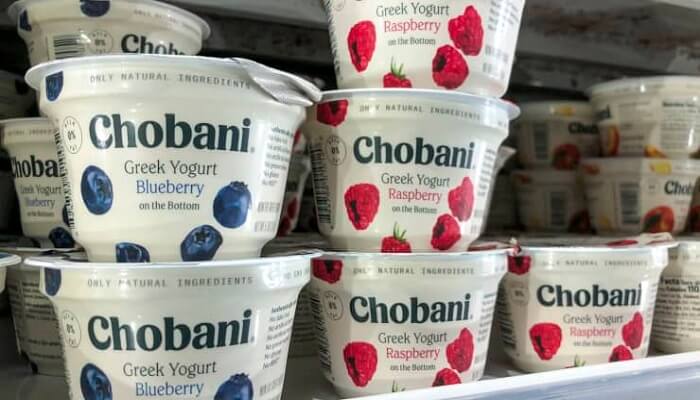 Chobani, a maker of yogurt and oat milk, filed to go public on the Nasdaq Exchange on Wednesday under the ticker "CHO," becoming the latest food and beverage firm to do so.

Its net sales increase outperformed its widening net loss in the nine months ended Sept. 25, demonstrating that its efforts are paying off.

According to the regulatory filing, Chobani's sales are dominated by North America, although international markets account for around a tenth of company revenue.

As of September 25, two customers accounted for 10% of the company's net sales, according to the corporation.

Chobani was launched in 2005 by CEO Hamdi Ulukaya. Although the brand is most known for popularising Greek yogurt, it has recently moved into other product categories such as coffee, coffee creamers, and oat milk. Chobani's sales growth is outperforming the category's. Yogurt still accounts for the majority of its sales.

The company filed for an IPO in secret in July, and Reuters estimated that its valuation might surpass $10 billion.

Chobani wants to spend a portion of the IPO proceeds to pay down debt, according to the company. As part of the process, the corporation intends to restructure its corporate structure.

This year, a number of other food and beverage companies have gone public, with mixed outcomes. Oatly, Chobani's oat milk competitor, has seen its stock value halve since its May IPO, while Vita Coco, a coconut water company, has had its stock rise 26% since its October IPO.