What Are The Advantages and Disadvantages of Artificial Intelligence? 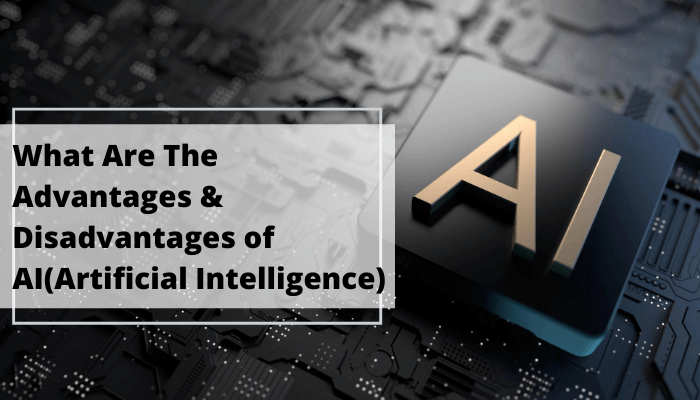 Artificial intelligence is a type of intelligence that is developed in computer systems so that it can perform tasks that require human intelligence.

For Example- Speech Recognition, decision making, and visual perception. It is a very impactful John McCarthy is known as the father of Artificial intelligence. He developed it in the year 1950.

It is a very useful and impactful tool that has given a new era in the technological world. It tries to simulate human reasoning. It is the capacity of a computer program to think, learn and perform tasks.

There are three main types of Artificial intelligence-

Everything new invention has advantages and disadvantages. It’s our duty to use things in a positive way and make a better world.